I have to admit something that every photographer has done at least a dozen times. I coveted my friends Leica cameras. Maybe coveted is too strong of a word, but I’m a sucker for a good rangefinder camera, but also aware that my funds don’t allow me to possess a Leica. However, I can afford a Zorki!

The Zorki 4 was manufactured by KMZ, Krasnogorsky Mekhanichesky Zavod, from 1956 to 1973 near Moscow in the former USSR. This model was one of the most popular because it was exported from Russia to the western world. The Zorki 4 features a cloth focal plane shutter, with shutter speeds from 1s – 1/1000s. According to some research, there were at least 32 versions of the Zorki 4 released during its 17-year run. All of the changes were cosmetic, either by changing the way the camera name was printed (or engraved) along with anniversary models or commemorative editions. The model that I purchased was manufactured in 1963 (Zorki 4B), indicated by the first two-digits in the serial number. The Zorki 4 uses the old Leica M39 lens screw mount. The cameras were sold with either a Jupiter-8 50mm f/2 or Industar-50 50mm f/3.5 lens. I chose to purchase a model with the Jupiter lens because of the reviews I’ve read and comments from friends.

Overall, this camera is built like a tank, a Russian tank. The camera is easy to focus, and the viewfinder is bright. If I compared it to a pre-war Leica, like most photographers do, I would say that the sound of the shutter, and the feel of the camera are exactly what I’d expect. One disadvantage of the Zorki 4 is the viewfinder. It’s is so big that you don’t know where the edges of your framed shot are, or where they should be. Ideally, it should have been designed like other rangefinders at the time with faint boarder lines in the viewfinder. Image composition is difficult.

I love that this camera is all mechanical, no batteries, and no meter. The Jupiter lens is easy to focus and provides nice depth of field. One of the best pieces of advice I read online before pulling the trigger on eBay was; you get what you pay for with the Zorki. Most are shipped from sellers in Russia and normally the price indicates the condition and functionality of the camera. Of course you always want to check seller feedback, current sold and shipping prices. My test images were shot on Film Photography Project’s Edu 200 BW Film. Currently I have some Svema BW Super Positive ISO .8 BW Film from the Film Photography Project loaded in the Zorki. Russian camera, Russian film, отлично! 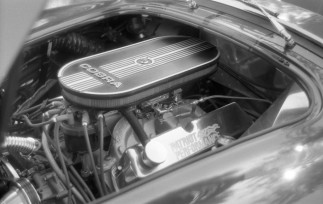 Learning to shoot analog in a digital world. UtahFilmPhotography.com is dedicated to sharing information, sharing experience and sharing knowledge about film photography and vintage cameras. END_OF_DOCUMENT_TOKEN_TO_BE_REPLACED
This entry was posted on Wednesday, July 6th, 2016 at 6:30 AM and tagged with 135 Film (35mm), 35mm Film, eBay, FPP Film, Rangefinder, Russia, Russian, Zorki, Zorki-4 and posted in Rangefinder, Zorki. You can follow any responses to this entry through the RSS 2.0 feed.
« Petri 7s
Come On Barbie, Let’s Go Party »