A few months ago my friend Maurice gave me a Watson Model 100 Bulk Film Loader. The bulk loader still had 35mm film in it! Kodak Plus-X Pan (ASA 125) that expired in 1979. Not knowing how to load my own cartridges and shoot expired film, I turned to the interwebs for some guidance. 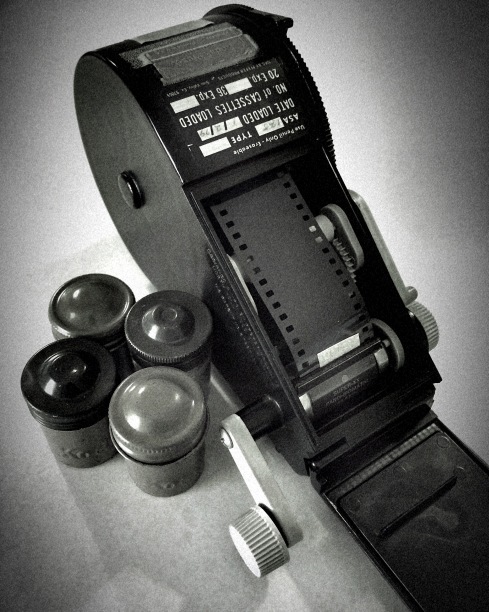 Learning to bulk load is a simple and straight forward process: use some art tape to attach the film to the 35mm spool, placing the spool inside the cartridge, close the bulk loader, open the film gate, then slowly crank and decide the number of exposures on the roll. Is the expired film still good? To test the film, I loaded a cartridges with 12 exposures into my Canon Canonet G-III QL17. My conclusion, the film is good! There’s no haze or fogging, but the film definitely needs light. The best images from my test exposures surprisingly came from shooting at box speed, ISO 125.

Would you like a roll to test for yourself? Leave a comment on this post and tell me what camera you’ll use. I’ll pick a random comment on December 1, 2015, and send you a roll.

The images below are some of my favorites from a trip to Wyoming with Scott Smith in September. Along with some others from Utah and a family trip to Wyoming, Montana and Idaho in October.

Cascade of the Firehole – Firehole River in Yellowstone National Park

Back in March when I won a Minolta Hi-Matic 7S at the Film Photography Project Walking Workshop, I had been looking to get a 35mm rangefinder camera. Shortly after that, my friend Mike Williams sent me a Yashica Electro 35 GS, another great rangefinder. And now, the Canon Canonet G-III QL17 rangefinder. I actually found the Canonet at a local thrift store for $35 USD. In the past seven months, I’ve had the chance to own and test three of the best consumer rangefinders. This version of the Canonet is the top-end of the series that was manufactured during the 1960’s and 1970’s. My friend Maurice, being a Canon reseller tells me this story from his camera store experience. The President of Canon at the time went to his engineers and asked them to make him a camera. His first requirement, it had to be the smallest rangefinder they could produce, 120 x 75 x 60 mm, 620 g. The second, it had to have the best glass lens that Canon had to offer at the time, 40mm f/1.7 (6 elements in 4 groups). The result was the G-III QL17, selling more than 1.2 million units from 1972 to 1982.

The Canon Canonet G-III QL17 was manufactured from 1972 to 1982, features a 40mm f/1.7 lens, Copal leaf shutter, speeds from 1/4 to 1/500, and flash sync at all speeds. The G-III fit into a new group of high-end rangefinder cameras with lenses faster than f/2. The “QL” part of this model was Canon’s new Quick Loading film feature, making the process of threading 35mm film on to the take-up spool easy and very advanced for the time. The camera has a CdS cell meter that is mounted above the lens and provides shutter-priority, and unmetered manual mode. The location of the CdS cell above the front lens element allows it to take lens filters into account when metering. The exposure indicator needle can be seen in the viewfinder, indicating over/under exposure.

Out of the three 35mm rangefinders I currently own, the Canonet is my favorite. It has the sharpest lens, has the smallest footprint, and has more features that I want compared to the Minolta Hi-Matic 7S and Yashica Electro 35 GS. They’re all great cameras. At one point this past summer, I had all three in my walk around camera bag at the same time. My biggest complaint about all three cameras is they have what I would call a mushy shutter. There’s no solid click. I’ve found when I compose a shot, focus, check exposure, and press the shutter down, down, down some more, down, down, and then there’s a soft click. The images below were shot on Ilford Pan F Plus 50 B&W Film, processed by RepliColor in Salt Lake City, and scanned on an Epson Perfection V600 Photo Scanner. 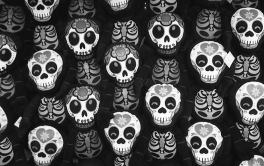 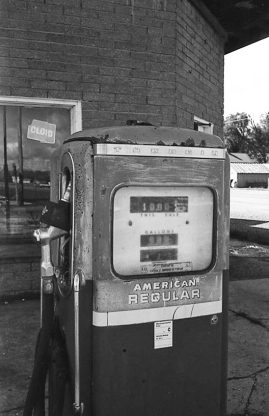 B&H Photo – The Professional’s Source – B&H has an excellent selection of black and film from Ilford, including HP5, Delta, Pan F Plus, FP4 Plus and more! B&H has been serving professional and amateur film photographers for more than 40 years.