One of my favorite cameras is also the first instant film camera I purchased in October 2013. The Polaroid Land Camera 250, manufactured from 1967 – 1969, is a high-end model with a Zeiss Ikon rangefinder focus. The focus is projected in a single viewfinder window unlike other models made during the time. The camera itself has an all metal body, a tripod mount, and contains a 3-element glass lens (114mm f/8.8).

During the three year production, Polaroid made some slight changes to the model 250. Early version have a much larger viewfinder/focus window. Many collectors and photographers prefer this version because of the viewfinder. Another noticeable difference in the early version is the classic Polaroid logo. It features the name Polaroid on the front cover with the original crossing polarizer lens logo on the top. In later versions, the viewfinder/focus window was reduced in size, though it was functionally identical. The polarizer logo was removed and the name Polaroid was moved on the cover and the camera model was added. From this point forward, this was the standard location for the name and model. I currently own the later version of the 250. Last year I purchased a box of mystery cameras from an auction house in San Diego, California. One of the cameras in the box was an early version of the 250. I cleaned it up, lubricated the moving parts, and converted the batteries. It wasn’t difficult to find a buyer.

Since 2014, I’ve collected seven other Polaroid Land Cameras that use the 100-Serial Type Pack Film. Each camera has been cleaned and had the batteries converted to standard AA’s or AAA’s depending on the model. I’ve even purchased a few duplicates and given them away to friends. In November 2013, Rich Legg and I were messing around with our instant cameras at his studio in Draper, Utah. Rich wired an old flash cable so we could connect our Land Camera’s to Pocket Wizards. This allowed us to use our instant cameras with his giant octobox and studio strobes. It was cool to mix a 45-year old camera with modern wireless triggers and studio lighting. 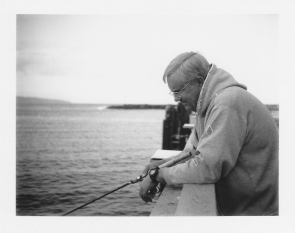 Learning to shoot analog in a digital world. UtahFilmPhotography.com is dedicated to sharing information, sharing experience and sharing knowledge about film photography and vintage cameras. END_OF_DOCUMENT_TOKEN_TO_BE_REPLACED
This entry was posted on Wednesday, February 18th, 2015 at 6:30 AM and tagged with FP-3000B, Fujifilm, Instant Film, Land Camera, Polaroid and posted in 100-Serial Type (Pack Film), Polaroid Land Camera. You can follow any responses to this entry through the RSS 2.0 feed.
« Holga 120S
Camera Collection »

One response to “Polaroid Land Camera 250”