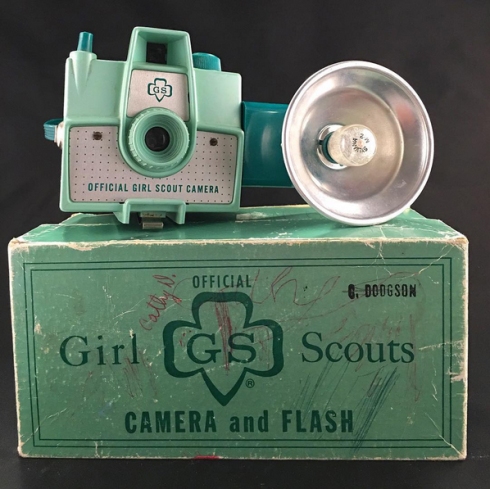 The camera features a green plastic body, a fixed focus (about 6 feet – infinity), one shutter speed (about 1/30 – 1/60 sec) and a single aperture (about f/11). Composition is done with an eye-level viewfinder, creating a 6×6 image on 620 film. In a film changing bag, I re-rolled some expired Kodak T-Max 100 120 black & white film onto a 620 spool to test the camera. I developed the film in New55 R5 Monobath. The images make me think the lens is not lined up with the film plane inside the camera because they are blurry on the left side, but in focus on the right. It might be worth investigating and trying another roll of film. If you have some thoughts, please make sure to leave me a comment. 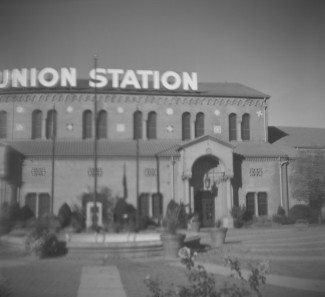 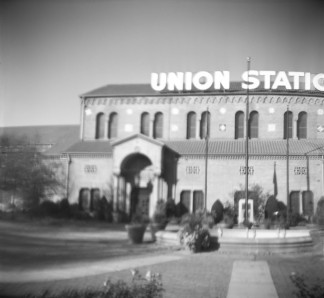 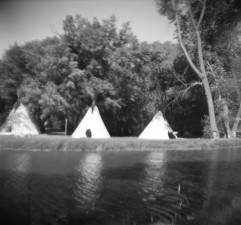 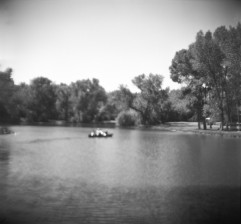 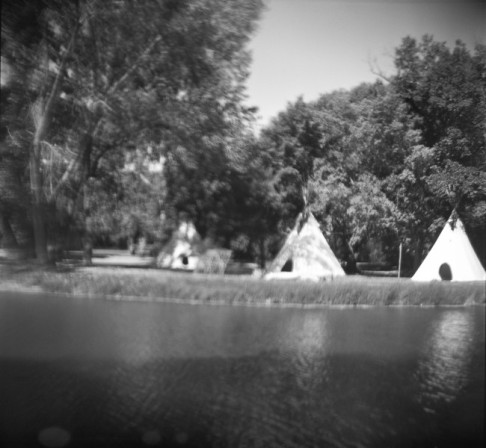 3 responses to “The Official Girl Scouts of America Camera”