This is the first time I’ve written about a camera oddity. After I discovered the Canon Barcode Reader E, it was too fun to pass up. After I purchased the Canon 10S, I noticed the barcode option on the camera, but not much information was given in the manual. What might be a laughable concept to a 1990 professional photographer is really a unique way to program a camera for a beginner.

In 1990, Canon released the Canon Barcode Reader E, an accessory intended for both the Canon 10S and EOS ELAN/100 SLR camera series. Labeled as part of the Program Image Control was a new barcode setting on the camera Command Dial. This allowed users to use a small handheld barcode reader to scan a 14-digit barcode from a booklet that represented some of the more difficult photographic situations. For example, you’re taking a portrait of someone in a backlit environment. Simple, scan the barcode that represents this situation and program the camera.

The Canon Barcode Reader E itself measures about 90mm long and weighs under 30 grams with two CR2025 lithium batteries installed. At the end of the reader is a small LED and photocell to scan the barcode. The scanning is activated by pressing once on the button located on the side of the scanner. Using the scanner like a pen, you simply slide it over the desired barcode that’s labeled with the photo situation. The scanner emits a small beep when it’s successfully scanned the barcode.

Canon originally gave users a small booklet called EOS Photo Files with the barcode reader that contained 24 different programs. In 1991, Canon released an additional book called EOS Barcodes 101 that contained 101 different barcode programs. I’ve been unable to find the latter on eBay, but I did find an archive of a 2009 Geocities website from an unknown programmer that created a Java program for creating Canon EOS barcodes. The code is simple and runs in a web browser.

You can create your own barcodes, give them a program number, name, and specify the camera programming options you want. They are then kept within the browser cache, so you can go back and pull them up (if you don’t clear your cache), but it’s recommended that you print the barcodes after you’ve made them. Not only can you create your own, but you can print all the original barcodes that Canon released in the EOS Barcodes 101 book, but unfortunately, they aren’t labeled. If you want to experiment, you can download the original Java program page here. Unzip and run the index.html file.

So why would anyone want to mess with this? Why not. It’s an interesting look in to Canon’s past where they were trying to make shooting in difficult environments easy for beginning photographers. It’s a unique accessory. From what I’ve read online, Minolta attempted to do the same. I’ve not been able to find any information on a barcode scanner for Konica or Minolta cameras. If you have some knowledge about this, please leave a comment. Or if you have an original copy of the EOS Barcodes 101, please let me know. 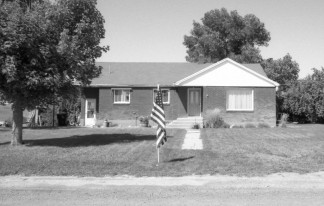 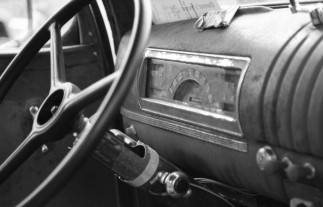 Learning to shoot analog in a digital world. UtahFilmPhotography.com is dedicated to sharing information, sharing experience and sharing knowledge about film photography and vintage cameras. END_OF_DOCUMENT_TOKEN_TO_BE_REPLACED
This entry was posted on Wednesday, January 16th, 2019 at 8:01 AM and tagged with Accessory, Barcodes, Canon, Canon Accessory, Canon Barcode Reader E, Canon Camera and posted in Accessory, Canon. You can follow any responses to this entry through the RSS 2.0 feed.
« Canon EOS 10S (1990)
Kodak Plus-X Pan 125 (Expired 3/1981) »