When 127 film was discontinued in 1995, photographers were left to create their own ways of cutting film to use in their favorite cameras. The easiest method is cutting 120 film down, and re-spooling it, with the backing paper, to a smaller 127 spool. There are a few different ways that this can be done. Some photographers have used a cigar cutter method. This method uses a single or double-bladed guillotine cigar cutter normally used for shouldering cigars, to cut the correct amount of film directly off a 120 spool. There’s also a 3-D printed cutter that comes up every once in awhile on eBay that uses the same cigar cutter design.

Last summer, Claudio at Camerhack in Italy introduced his new FCK127, a 3-D printed kit that contains everything needed to cut 120 film down to 127, in the daylight. To summarize the process, you prepare the 120 roll, cut the film in the winding module, and you’re done. Without going into the details of using the kit, you can watch Claudio’s video here. There are several pieces to the kit, and it may appear to be complicated, but it’s not. 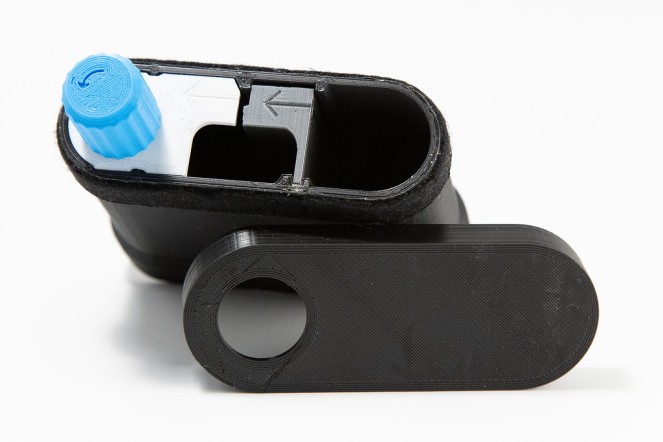 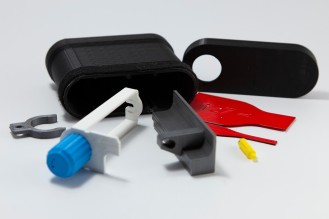 The Kodak Baby Brownie is an art deco styled bakelite camera that was made from 1934 to 1941 in the United States. It’s a simple camera that has a flip up viewfinder with an f/11 meniscus lens, and a rotary shutter that’s approximately 1/40th sec. The following images were created with the Kodak Baby Brownie. I had an issue seeing the frame numbers in the red window on the camera, so I had several shots that overlapped. I’ve decided to leave them for the most part. I had much better results with the two Yashica TLR cameras. In the coming weeks I’ll share those images and details about the two Yashica 44 cameras.