The Orion Camera Company in Japan, later renamed for marketing reasons to the Miranda Camera Company, primarily made SLR cameras between 1955 and 1978. Two unique items that made Miranda different from their competitors were: 1) almost every camera had an interchangeable pentaprism that could easily be changed by the photographer, 2) they never made their own lenses, relying on other manufacturers to produce them. Miranda was the first Japanese company to manufacture an SLR with a removable eye level prism, something that Nikon adapted in 1959 (Nikon F). According to the Miranda Historical Society online, it’s not uncommon to find a seller who has any of knowledge about Miranda cameras or lenses. 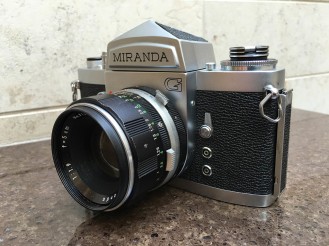 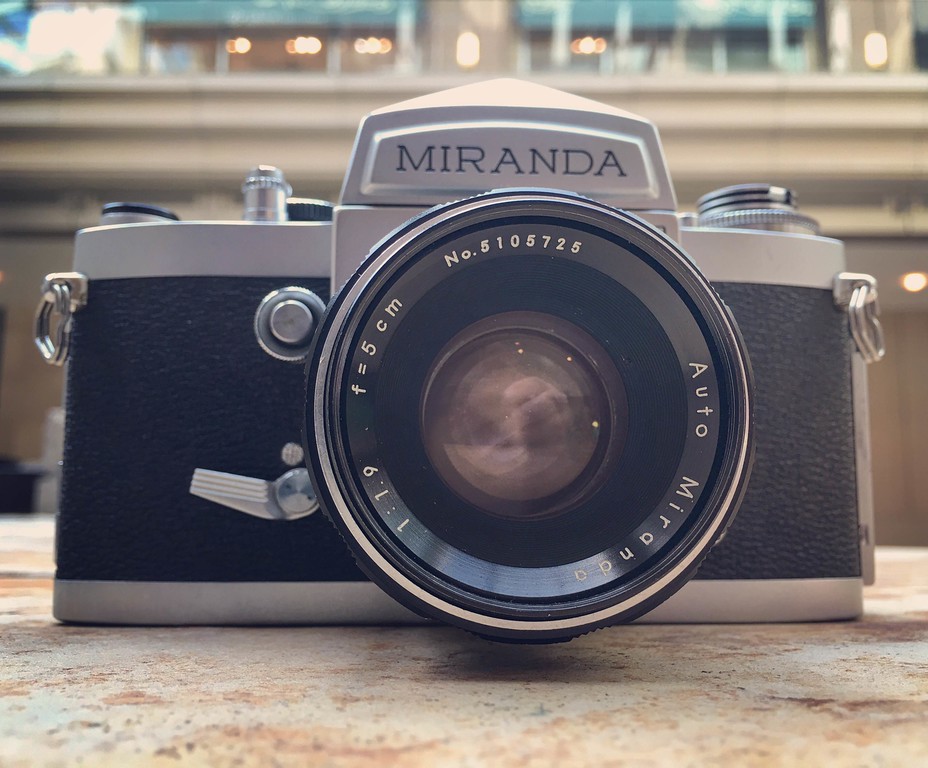 The Miranda G was manufactured and sold in 1965. It features an interchangeable pentaprism and focus screen. The interchangeable focus screen were made in 8 types and attracted photographers who were interested in photomicrography (photos taken through a microscope) to astronomical photography (photos taken with a telescope). The camera has shutter speeds of 1 through 1/1000 sec, and bulb mode. The standard lens that this model came with was a Soligor 50mm f/1.9. The Miranda G does not have an internal light meter.

Special thanks to Maurice Greeson for donating this camera. He not only gave me the camera and Soligor 50mm lens, but included: Soligor 28mm f/2.8 lens, Soligor 105mm f/2.8 macro lens, Soligor 80-200 f/2.8 telephoto lens, macro lens reversal ring, chest-level viewfinder, original leather case, and manual. All of these items are in mint condition! I was worried at first because the camera doesn’t have a light meter, but that also eliminates the issue of having the correct battery type. I used my Gossen Luna-Pro to meter about half of the environments I was shooting in. The best way for me to describe using this camera can be done in one word: enjoyable. This camera feels so comfortable in my hands. It has a nice balance with the 50mm lens. I did try the wide 28mm on a few images I’ll share next week, but kept going back to the 50. Maybe it’s more my style, but I found it easier to compose my images. For the roughly short lifespan of the Miranda G, it’s a basic SLR and fun camera to use. Note, the self-timer is permanently stuck in the down position, but an issue this small wouldn’t stop me from using this camera. I really don’t have anything negative say about this camera. The viewfinder, and chest-level viewfinder, are bright and clear. The additional shutter release on the front of the camera seemed odd at first, but somehow the slow squeeze on the front makes more sense than a downward pressing motion.

In July, my wife and I took a group of Chinese exchange students on a tour of Ogden High School in Ogden, Utah. The school was built in 1937 as part of President Roosevelt’s “New Deal,” a Works Progress Administration project that cost tax payers 1.2 million dollars. It was the first million-dollar school built in the U.S. The design style of the school is Art Deco and matches other Ogden City landmarks like the Ogden City Municipal Building and Peery’s Egyptian Theater. All three historic buildings were designed by the architectural firm Hodgson & McClenahan. In 2006, Ogden City residents voted to fund a $95.3-million-dollar bond to repair, renovate, and update the school. The high school has been the backdrop for several movies and television shows. These images were shot with the Miranda G on Kodak Tri-X 400, metered with a Goseen Luna-Pro S. 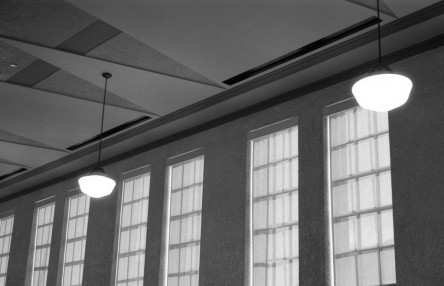 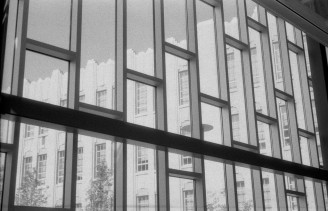 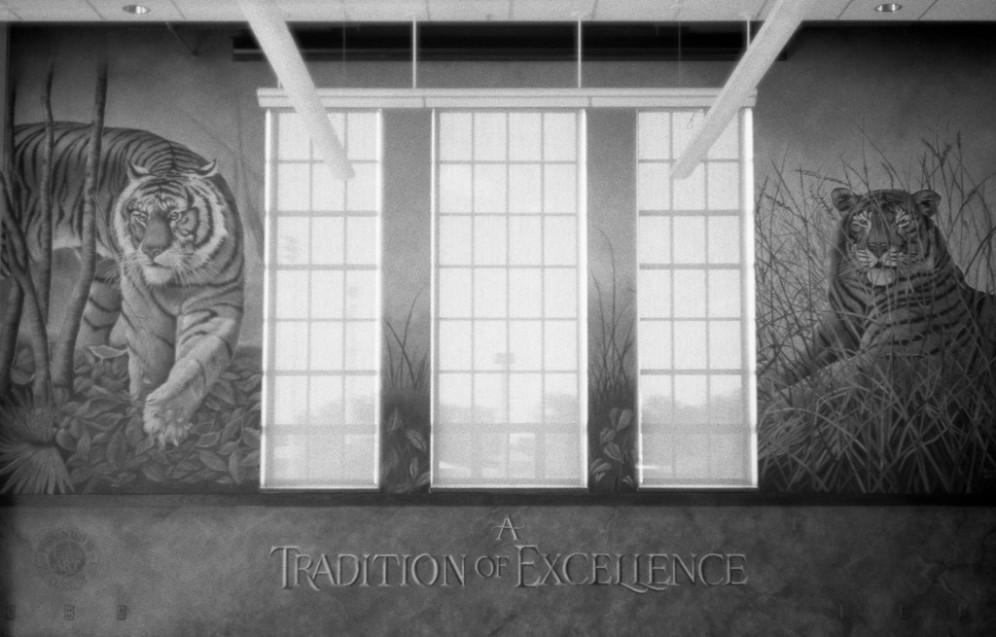