In the past, I’ve tinkered with pinhole cameras. Nothing too serious. My first attempt at pinhole was the Viddy cardboard pinhole camera . Then there was the pinhole lens cap for a Pentax Sportmatic. Next, there was my semi-successful attempt at making the Tie Fighter pinhole camera. Last year my wife asked me what I wanted for Christmas. I told her I wanted a nice wooden pinhole camera. Her response, “Go buy it yourself.” So, I did. I found a local film photographer that sold me his Ondu 135 Pocket Pinhole camera. 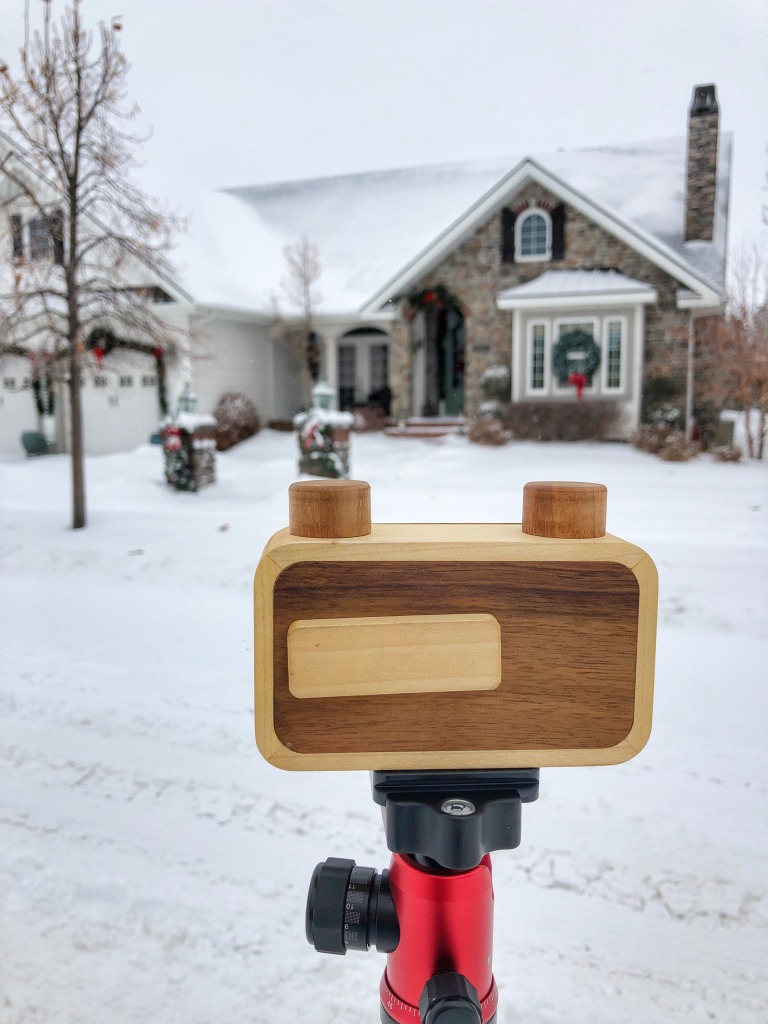 Ondu’s success goes back to a Kickstarter in 2013. Elvis Halilović, a Slovenian industrial designer and carpenter, created six different types of pinhole cameras. At the end of 30-days, the Kickstarter was a success. Elvis manufactured and delivered cameras to pinhole enthusiasts around the world. The smallest and cheapest of these was the Ondu 135 Pocket Pinhole. Handcrafted in Slovenia, the Ondu 135 is made of chestnut and maple wood. The back of the camera and advance/rewind spools on the top are held in place by magnets. The pinhole size is 0.20mm, a focal length of 25mm, giving you an 81° field of view and an aperture of f/125. The camera has a standard tripod mount on the bottom. To trigger the shutter, you simply slide the horizontal wood piece on the front of the camera up, uncovering the pinhole, allowing light to enter the camera to expose the film. Since the initial launch in 2013, Ondu has continued to craft updated designs. Newer versions of the Ondu 135 Pocket Pinhole include a bubble level, shutter stop, and engraved lines on the camera making it easier to compose an image.

Before I continue with the pros and cons, keep in mind that my Ondu 135 Pocket Pinhole is first model. This version lacks a few features that newer models have.

Overall the Ondu 135 Pocket Pinhole is a fun camera to use. The quality and craftsmanship of having a wooden pinhole is a nice change to cardboard pinhole cameras. Over the coming weeks, I’ll be sharing some additional photos taken with the Ondu. Being that I’m no pinhole expert, many of my shots were poorly exposed or composed. I’ve experimented with three different film stocks and used a simple development method. And though my images are far from the awesome pinhole photos found in The Lensless Podcast group on Facebook, I enjoy this camera so much, it’s worth the time and patience to learn more about pinhole photography. 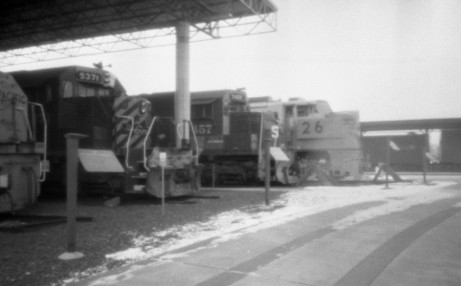 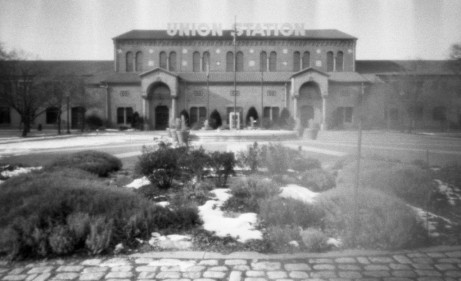